As I picked up the telephone receiver, the tremulous voice at the other end was that of our youngest child, 19-year-old Jennifer.

"Mum"—the tone made my heart sink once more, as it had countless times in the past four years when Jenny would call us for help. "Mummy, I'm in Las Colinas. I've been arrested. I've had an accident..."

Las Colinas is a women's detention facility in Santee, a small township of San Diego County, a short distance from our Alpine home. Being 19, Jenny, of course, had been charged as an adult.

"An accident?" I asked. "Are you hurt? What happened?" Now my despair was tinged with anxiety.

"I'm OK," she replied, "but my car is totaled. Can you tell Daddy? They say he can collect me soon—or, can you come?"

"Why were you arrested?" I then asked. "Were you—are you—on something?"

A mumbled affirmative response followed. "But come for me; I don't want to be here," she pleaded. I could detect hysteria rising within her throat.

"I can't come now," I explained. I have Meghan here today." Meghan is our oldest daughter's child. "I'll call Dad and find out how we can help you. Stay calm," I urged, realizing the authorities wouldn't tolerate a dramatic outburst of panic from this young person.

"OK, please help, Mummy," came the response. "I have to go now—someone else needs the phone."

Yes, she was scared; she realized the consequences of her actions. Thoughts crossed her mind that, as an adult, she possibly could be facing some time in this place—jail. We would learn just how serious this infraction of the law was after contacting the authorities.

I immediately called my husband, Russ, at his office, and, just like I knew it would, his voice conquered the quivers in my stomach. I'm fortunate to have the sort of husband, who, no matter how occupied he is, can switch to a "take control" mode in a crisis. With our youngest child, there had been many emergencies from the time she turned 15.

Drugs misuse...addiction...how on earth had we gotten to this place in life? Like so many parents before us, we were asking ourselves, "What have we done? Where did we go wrong? What has happened to this precious child—the only one of our six children to be 'planned'?"

Conceived in much love, she had been welcomed as the daughter for whom we had hoped. Knowing Jenny would be our last baby made her even more precious. Her siblings were delighted, even though they were at an age when they rapidly were leaving the nest.

Steven, at 20 years, was at Cardiff University in the United Kingdom. Rob, a 19-year-old, had joined the Marines and was on duty at the border of northern Thailand and Cambodia. Elizabeth, who was nearly 17 at Jenny's birth, gleefully observed, "A sister at last. I've always wanted a sister, and now I can help take care of her!" which she did. She also used the baby as a "model" for her college Child Development classes that she was taking toward a teaching degree. Gary and Scott, at 16 and 14 years, respectively, thought Jenny was quite entertaining as she progressed into a toddler. They never balked when occasionally asked to babysit.

So, here we had an accepted, happy, intelligent child, whose development was rapid and whose each new skill was greeted with kudos. At age 3, Jenny started attending a Montessori pre-school, from where she progressed into a private-school education in San Diego.

It became apparent Jenny had a very dramatic personality and was gifted in the arts. She wrote and illustrated stories from age 8 before trying poetry. Her main activities were horseback riding and swimming, but history, anthropology and archeology were passions. With an acute sense of the ridiculous, Jenny tended toward the wry John Cleese British type of humor—perhaps inherited from an English mother and vacations spent in the U.K. Theater was her chosen profession, although she later really thought she'd be of more service working with teens as a psychological therapist.

Why then was someone mature beyond her years—intellectually and socially—tempted to try drugs? Was it peer pressure...a sense of daring...adventure?

Marijuana began Jenny's downfall—she tried it at age 14. Simultaneously, we moved to the central California coast because of Russ' career [in the radio industry]. By this time, the two younger boys were in the Air Force, Elizabeth had married, and, for quite some time, Jenny had been alone. Our rejoicing to be moving from the "big city" temptations of drugs shows how ignorant Russ and I were then.

Let no one say that marijuana isn't dangerous, addictive and a gateway to more potent substances! It lowers barriers otherwise not thought about. For our daughter, it took little time to discover where this drug was available for weekend parties, and she soon started experimenting with other drugs.

In the beginning, we didn't realize what was causing our daughter's unpredictable behavior. We attributed it to the move, although she made friends easily. When questioned, she said she was depressed, so we treated these symptoms. We even had her best friend from San Diego come and live with us for a year.

It took a year of guessing, questioning, arguing, and seeking counseling for us to learn that Jenny was sliding down a slippery slope. All the time, she kept repeating, "I'm OK. I'm in control." But we were losing our daughter—the one we knew—someone who was fun to have around. A nice person was becoming increasingly moody and hostile—a negative person we didn't know. There were times I actually was afraid of what she might be capable of doing when defied. Home was a battleground.

Later, when Jenny seriously tried to quit her addictions, she told us that her introduction to heroin, which became her drug of choice, was through a "joint" of marijuana, laced with the poison that gave the user an extraordinary high. Our daughter became a junkie.

By age 18, Jenny knew she had to reverse her downward spiral. She loathed herself as an addict—she needed and wanted to turn her life around. Everything she and we had tried to do in previous years was just a sham until she decided to seriously fight for her life.

Clean from drugs for a week, then a month, two months, three months...it looked like Jenny was succeeding! She had returned to studying, returned to family, and once more was our sweet girl. She even was attending training for medical receptionist and was working for a temporary employment agency. We once again were proud parents.

At age 18, Jenny took and passed a driving test. Soon, she had her first car. Then came that day the phone rang, and it was Jenny, calling from Las Colinas. She would not be released to her father until the next morning. That evening, Russ and I had another of our anxiety-ridden discussions. We decided if Russ was able to speak out in court, he would urge that Jenny be sentenced to a considerable term in a residential rehabilitation facility. We felt such a sentence would provide her only chance of salvation.

The arrest, we learned, was due in part to a concerned driver who had watched Jenny drive erratically for several miles. He had called the highway patrol while staying a cautious distance behind her. Because of that call, the highway patrol was on the scene of Jenny's crash within minutes. Her car had drifted across the freeway into oncoming traffic, clipping the side of one car, then spinning around to crash into a rocky outcropping at the side of the freeway. Only a miracle prevented a mother and toddler in the car she clipped from being killed or injured.

Jenny wasn't even bruised as she staggered out of her car and made her way to the officers, who immediately knew she was under the influence of substances.

Laws have changed and tightened somewhat in California since our daughter's arrest. However, Jenny didn't receive a short jail sentence, which we felt would have given her time to do some serious thinking. Neither did the judge order her to residential treatment. Instead, she (we) had to pay a considerable fine. Her driver's license wasn't revoked, but she would have to appear before the court several months after attending narcotics anonymous (NA) meetings. To us, her sentence seemed like a slap on the wrist.

In the meantime, I once again became chauffeur, which seemed a very good happenstance, since there would be no way for my girl to reach her "druggy" friends or dealers. I naively thought they wouldn't venture to our rural home but was devastated to find that's what had happened one day. Another argument ensued, ending in promises she wouldn't repeat past behavior.

It's difficult to convey such emotional turmoil to anyone who never has experienced living with an addict, where everything affecting the family unit centers around one person. Spirits rise when this person has a good day—free from substances and attending classes or working. Frustration, anger and despair return, though, when the person misses classes or loses a job because of being in a drugged state. You constantly worry about that person, whether she's living at home or elsewhere. Then there are all those promises made and promises broken. You struggle to remember the real person you knew before the drugs overtook and changed her personality. You continue loving her while your heart breaks because of all her suffering.

Jenny decided to celebrate her 20th birthday by taking a train to meet friends in Los Angeles. On her return a few days later, she happily informed us she would be moving to Los Angeles to live with Ed, a young man she had met in college there.

It had been a long time since we could remember Jenny glowing with such happiness. We liked Ed very much. Three years older than Jenny, he was tall, good-looking, and an avid cyclist, who disdained substances. He guided her to NA meetings and willingly offered to support her in any way. The two started coming home nearly every weekend, and, three months later, an ecstatic young woman announced she had accepted his marriage proposal.

Despite all this happy stability, Jenny kept fighting her demonic battles. In despair, she and Ed reached an agreement: There would be no marriage unless she absolutely was free of drugs. This agreement was the spur she needed. "If it takes a year in rehab to get drug-free," she announced, "I'll do it. Then we'll move away to begin our new life."

Arrangements were made for brother, Scott, and his wife to drive Jenny to their home in an area east of Los Angeles. There, she would apply for admission to a rehabilitation facility.

On May 18, 1994, three months short of her 21st birthday, Jenny made her usual list of whatever needed to be done that day. This list noted a time to speak with Ed. Afterward, she would pack her possessions and wait for Scott to arrive and take her to his home. She was to enter a treatment program the next day.

As is often the case with a substance abuser who finally decides to quit, though, Jenny had "one more for the road" that fateful day and died of a heroin overdose.

Since their daughter's death, Pat and Russ Wittberger have spoken to thousands of students in elementary, middle and high schools to bring them the truth about substances, experimentation and addictions and have written the grief recovery book "When A Child Dies From Drugs" to help other parents devastated by the death of a child.  They've also formed the support group GRASP (Grief Recovery After Substance Passing). 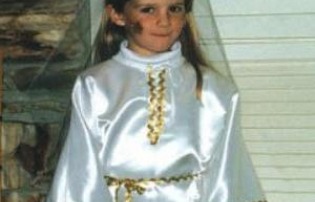 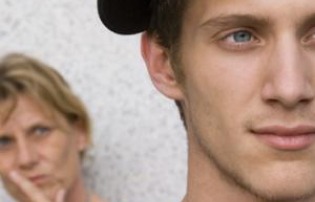 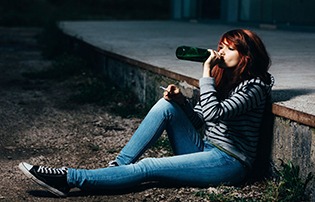 The Terror of Discovering Your Child Has an Addiction