My Daughter Is Begging To Leave Treatment Early; Should I Let Her? 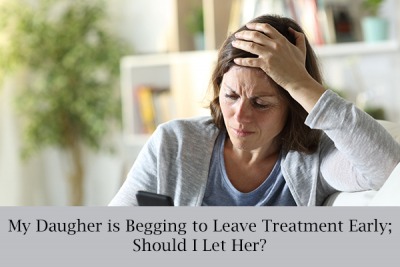 “My daughter has called me several times from her rehab in tears, begging me to come and get her.  She assures me she’s learned her lesson and will never touch drugs or alcohol again.  Should I let her come home?”

While there are never absolutes, my recommendation in almost every case would be “no”.  The process of stopping using a substance you’re addicted to is mentally very difficult and often physically excruciating.  It’s not surprising that your daughter wants to leave.

Unfortunately, if your daughter comes home early, it’s highly unlikely she’ll be able to keep her vow.  Vista’s research shows that the second most important factor in whether someone is able to remain abstinent after treatment (after attending a high-quality treatment center) is whether they successfully completed all recommended treatment. 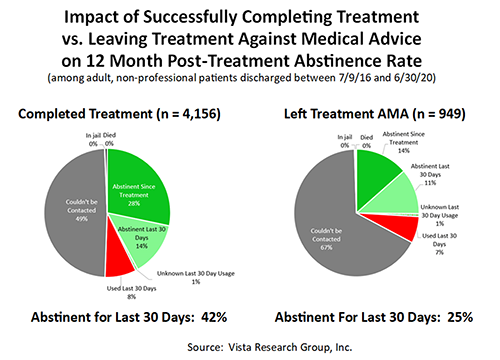 And of the patients that Vista was able to contact at least once in the year following treatment, 15% of those who left AMA said they started using drugs or alcohol within one week of leaving treatment: 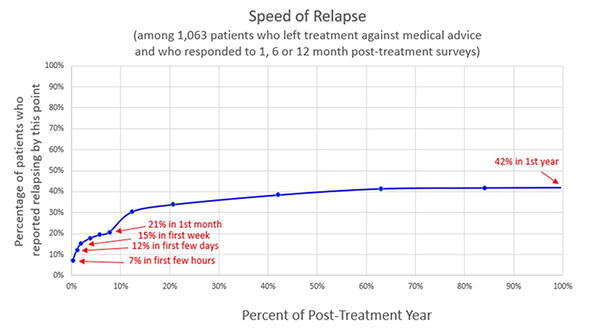 It’s likely that the patients that Vista was never able to contact after treatment relapsed at least this quickly, if not even more rapidly.

Having said all that, of course, if you believe your child is unsafe or is being abused, you may need to make an exception.  Before you agree to do anything, I’d recommend talking to your daughter’s counselor or a rehab manager to see what he or she says about her complaints.  If you’ve done the upfront work to choose a reputable treatment center, I would put a lot more trust in what the center says versus your daughter’s complaints.  Remember, it’s your daughter’s flawed thinking/disease that got your family into today’s current unhappy situation in the first place! 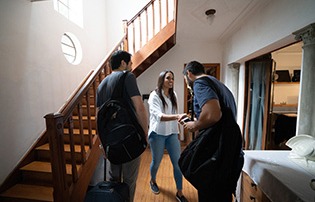 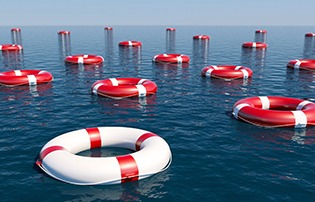 Two Ways to Lighten the Load You're Carrying Right Now